Why do we need to adopt Linux and FOSS in schools? 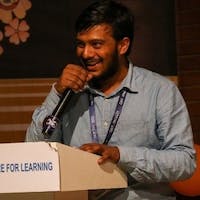 Subscribe to my newsletter and never miss my upcoming articles

Computer technology is becoming prevalent throughout our society and is playing a crucial role in all walks of life and technological advancements and automation that we are now witnessing. It is at the core of the rapid advances that are occurring in almost every field of human endeavor.

Open-source software and operating systems are well suited in educational institutions and if implemented, these institutions will be the biggest beneficiaries from the use of such software.

Particularly Linux in education could add further momentum to the development of open-source software and to its adoption over the entire spectrum of applications.

Computers have a beneficial role in classroom use by students and depend on how they should be used by students and to what extent. This can be broadly classified into the below-mentioned categories:

Learning how to use specific application programs (such as word, spreadsheets, presentation programs, and graphics programs) is probably the most common use for computers in schools.

One reason is, the ability to utilize such programs is important for effective computer use. Another is that this category is the easiest for most teachers to teach, as relatively little understanding of computers is required to be able to instruct students on how to use a word program or surf the web.

Advantages of Linux for Use in Schools

There are numerous factors that make Linux preferable to other proprietary operating systems for use in educational institutions:

Finally, Linux is becoming increasingly easy to install and use. This is a result of the continued effort by the developers of the numerous individual programs that constitute a Linux distribution to make it suitable not only for technology-oriented users but also for ordinary people with little or no technical background.

Linux is easy to set up and maintain for educators who undertake even a modest amount of computer study. After proper setup, it is as easy for students to use as any other proprietary operating system.

Photo by tribesh kayastha on Unsplash